25 December The Birth of Mithras.

25 December The Birth of Mithras.

Today is the birthday of the god Mithras. He was a god especially popular among Roman soldiers and the god has connection to the Persian god Mithra. He was born from a rock, with a dagger in one hand and a torch in the other. The cult of Mithras had an advanced initiation system of seven grades of  and communal ritual meals. The Initiates called themselves syndexioi,

The name of  Mitra (मित्रः), ts Sanskrit, and  “mitra” means “friend” or “friendship. The loyalty between the initiates was of paramount importance. It were three rival cults in the Roman Empire. The upper class still worshipped the old gods, but new religions grew in the enormous  empire. The tree new big cults was Isis worship, Mithraism and Christianity. Since Isis worship and Mithraism were gender based they had no chance against the rapidly growing Christianity. But we can still today find a lot of temples and artefacts from Mithraism and the Isis cult that teaches us as esoterics.

From the Isis cult came the Maria cult in Christianity and no one knows for real when Jesus was born, but since Mithraism was so popular a Roman Empire decided that Jesus was born the same day as Mithras. So this day is historical rather  a celebration of the birth of Mithras than of Jesus.

Mithras was also figured some times as Abraxas, the Lion-Serpent God: Aion, or Zurvan, or Chronos, or even a version of the Zoroastrian The Dark God Ahriman. 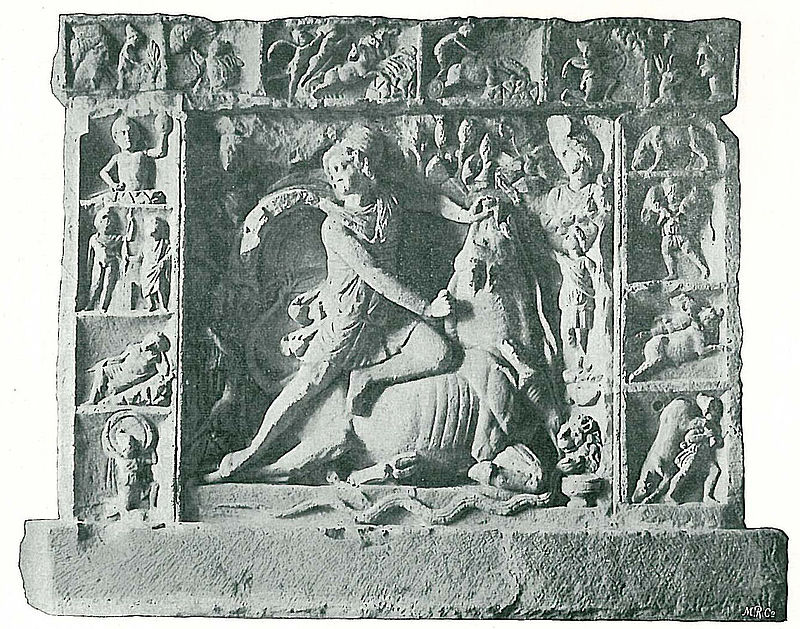 Thomas Karlsson Interview: The Goetia of science and art

After the New and Reformed Dragon Rouge we decided to not have any lodges, but…Read more

Good and evil in Nordic Tradition

The question of Good and Evil differs in Nordic Mythology quite much from many religions.…Read more

I will, on a few occasions, publish one of the 365 reflections outside the…Read more